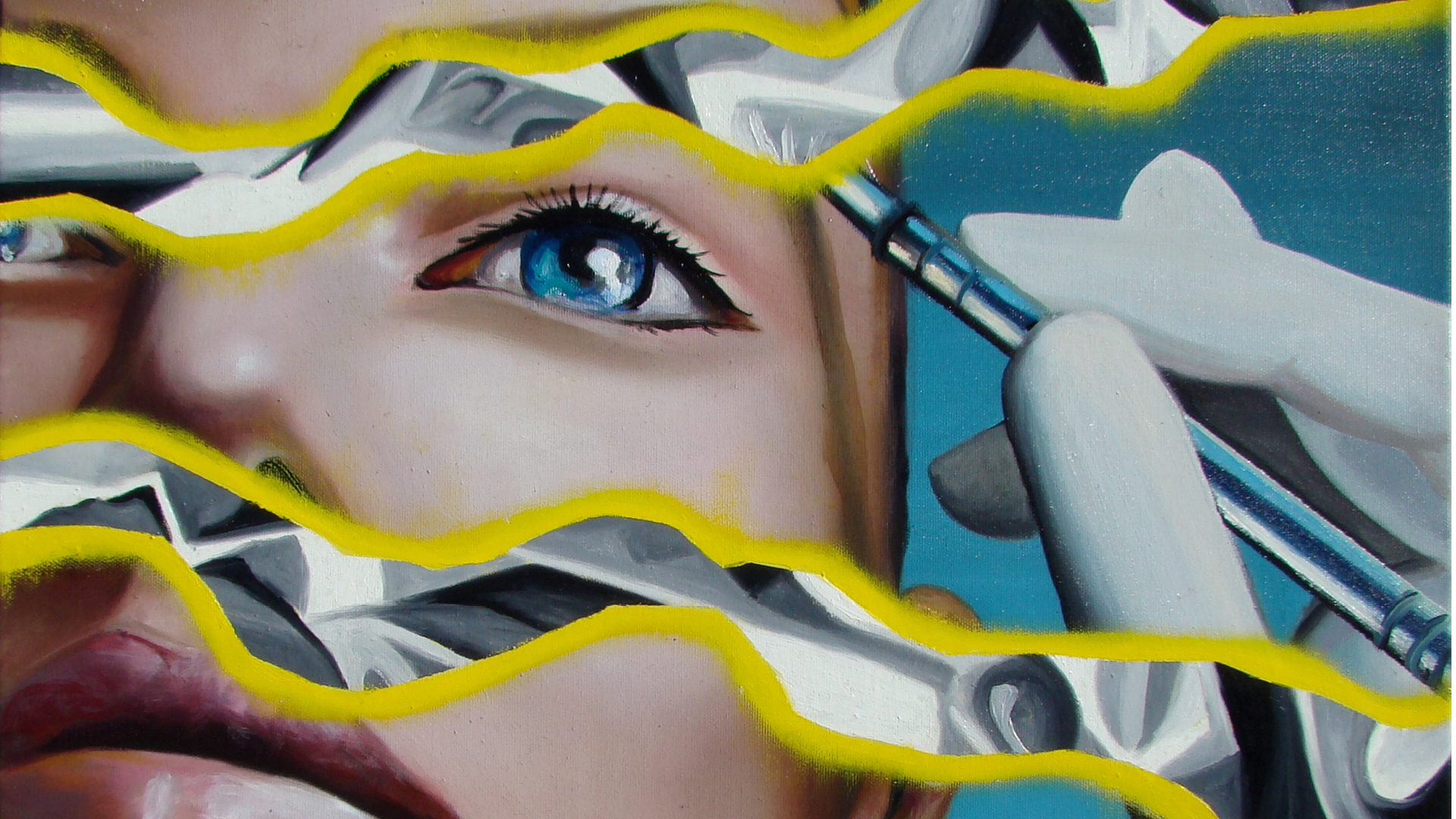 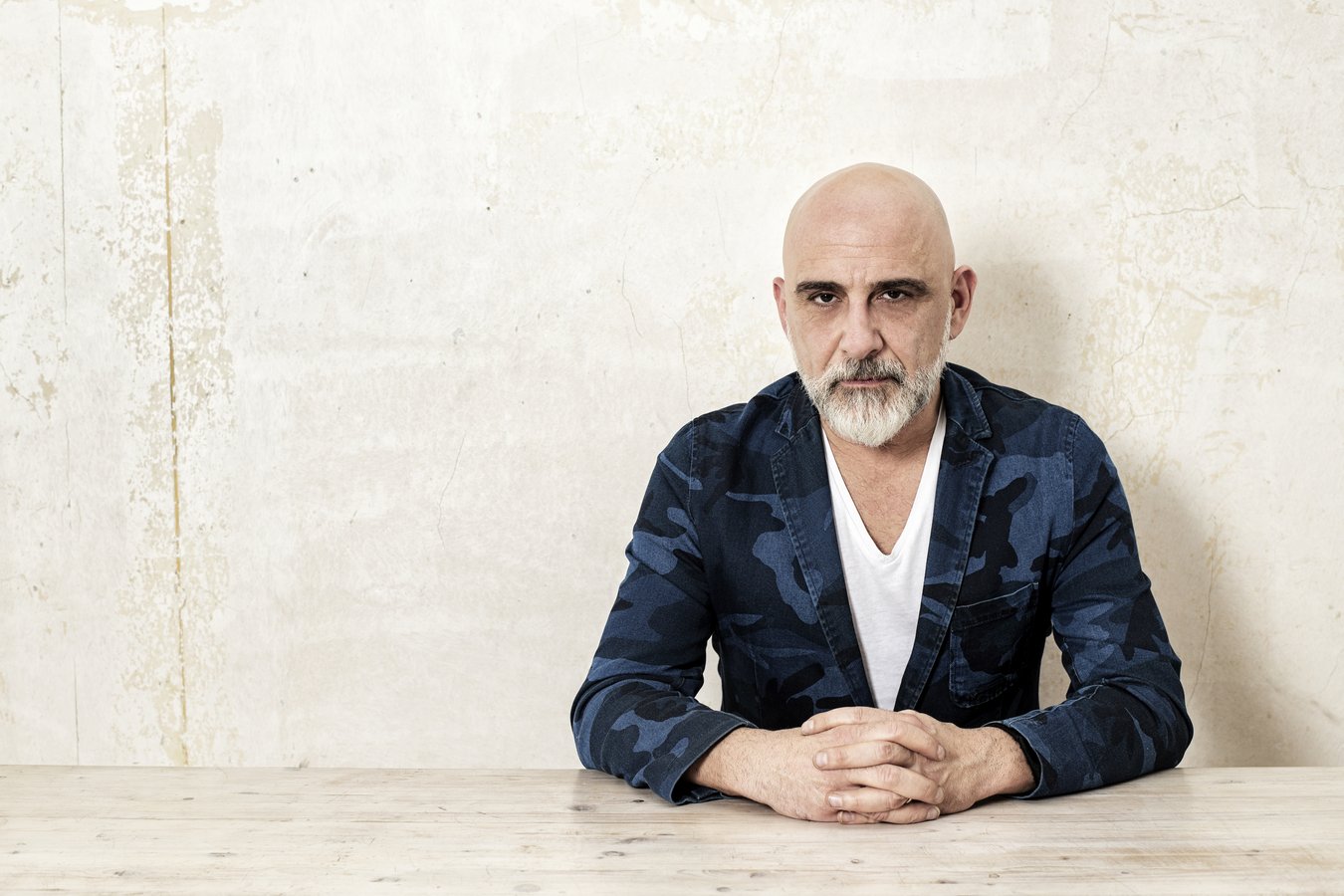 Although born in Afghanistan, Kargar was raised in West Berlin. He studied Fine Art and Painting in Braunschweig at one of the most prestigious universities for painting in Germany. His early career focused on epic paintings from mythological times of gods and goddesses amongst the architecture and environments of antiquity. This body carried him to success until his obsessions took him elsewhere.

Having thoroughly explored the ancient cultural paradigms he turned his eye towards the icons of today’s society. Inspired by the images we are confront by daily within the media and advertising, he began to compose new bold, sexy, and passionate paintings showcasing the new mythological creatures of today. 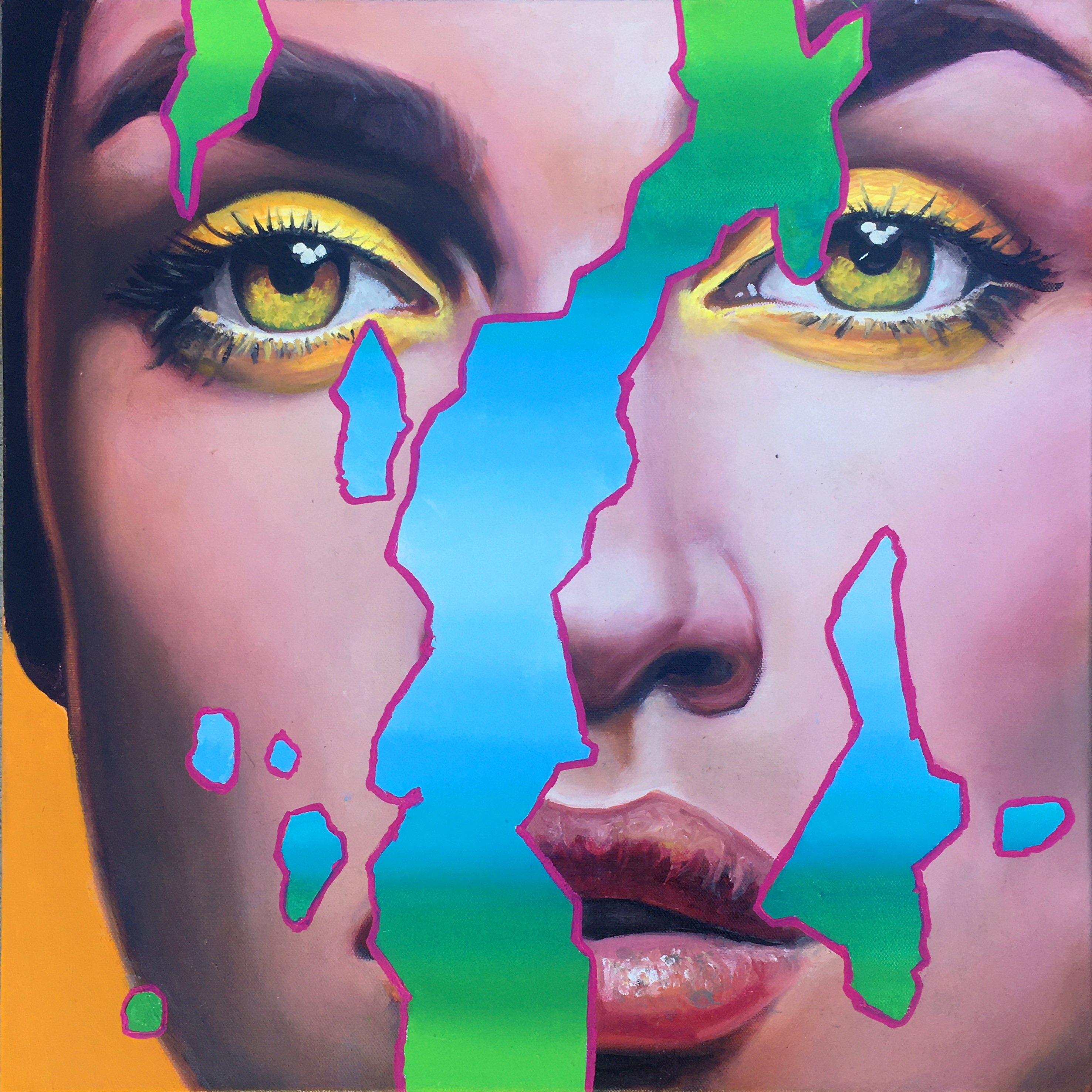 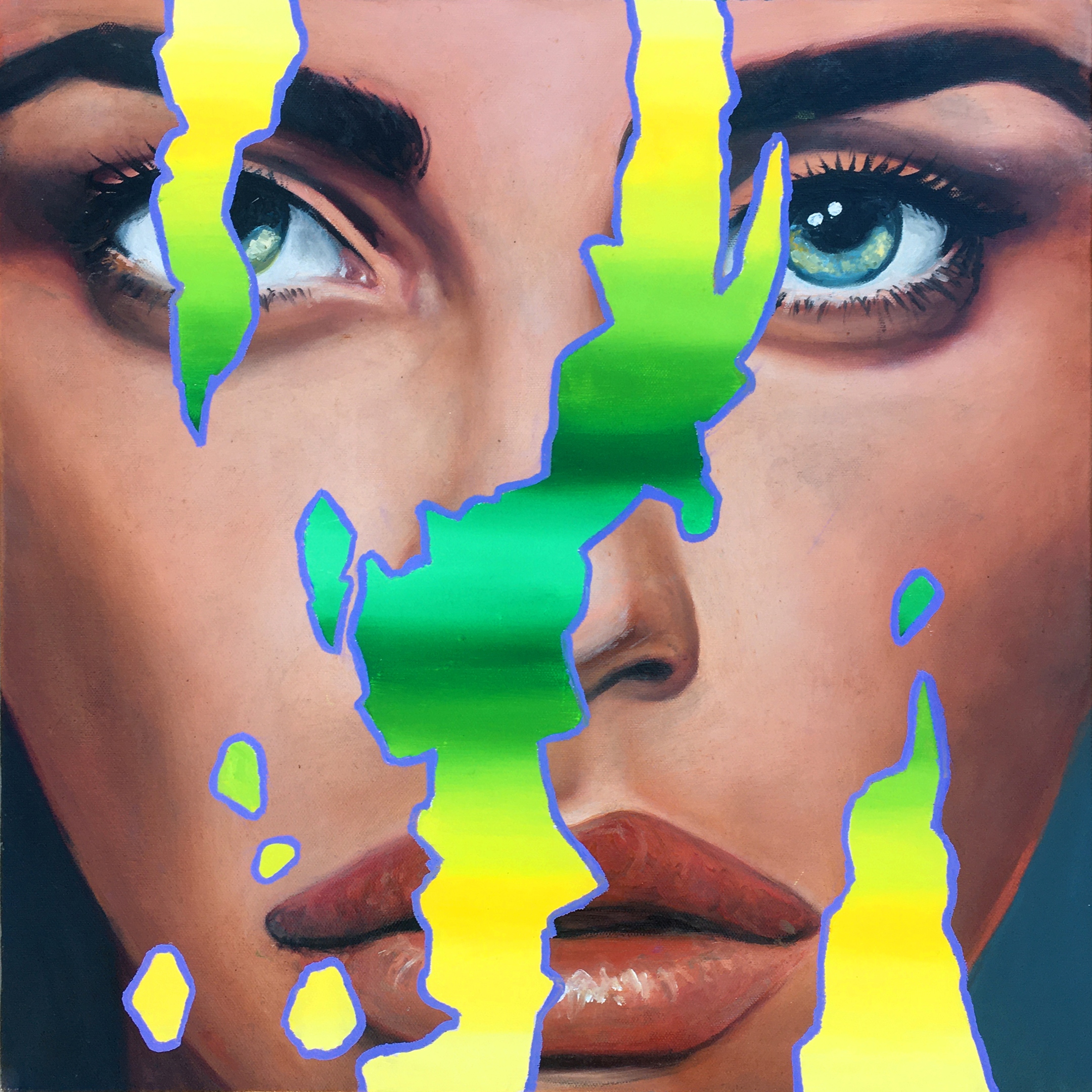 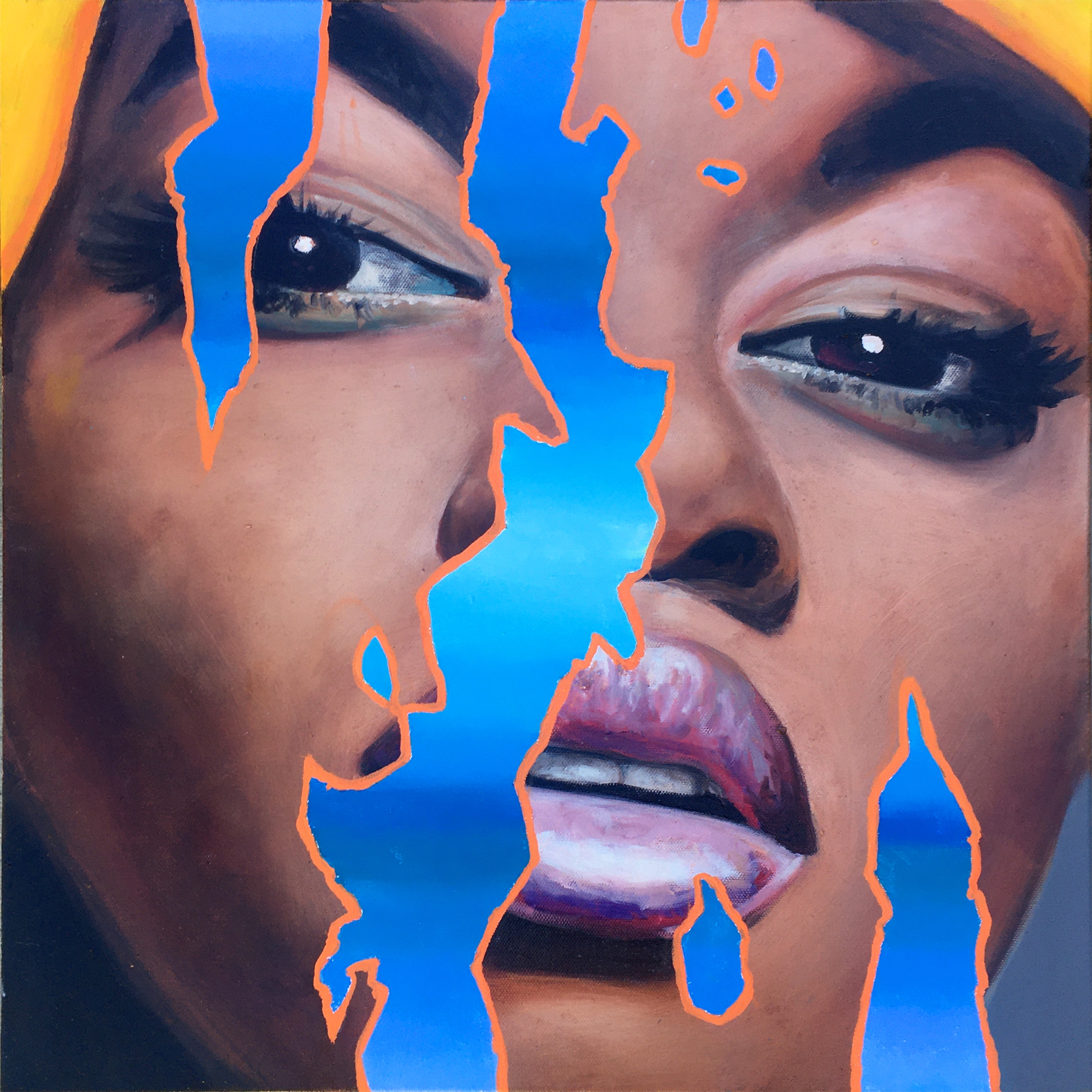 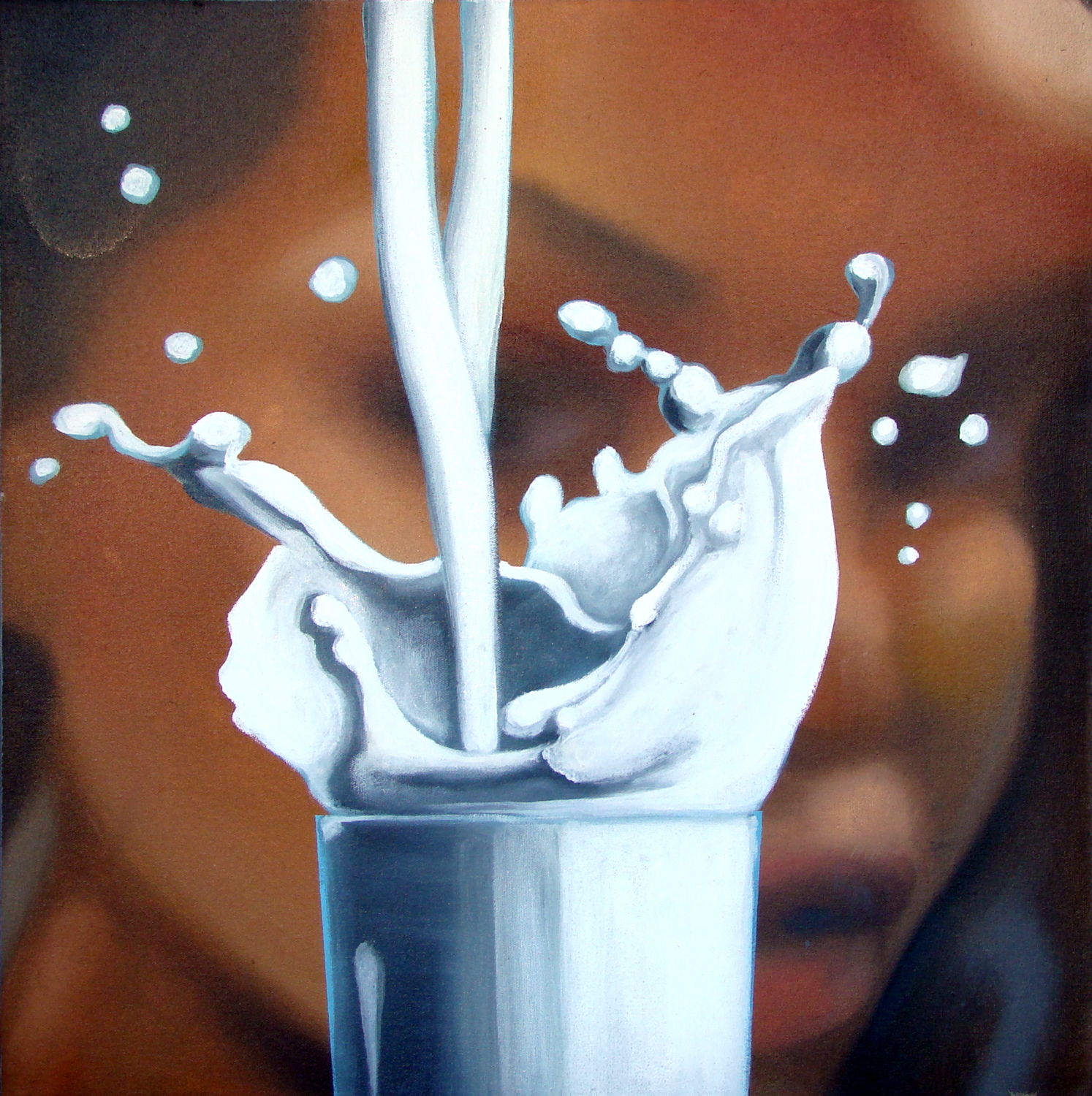 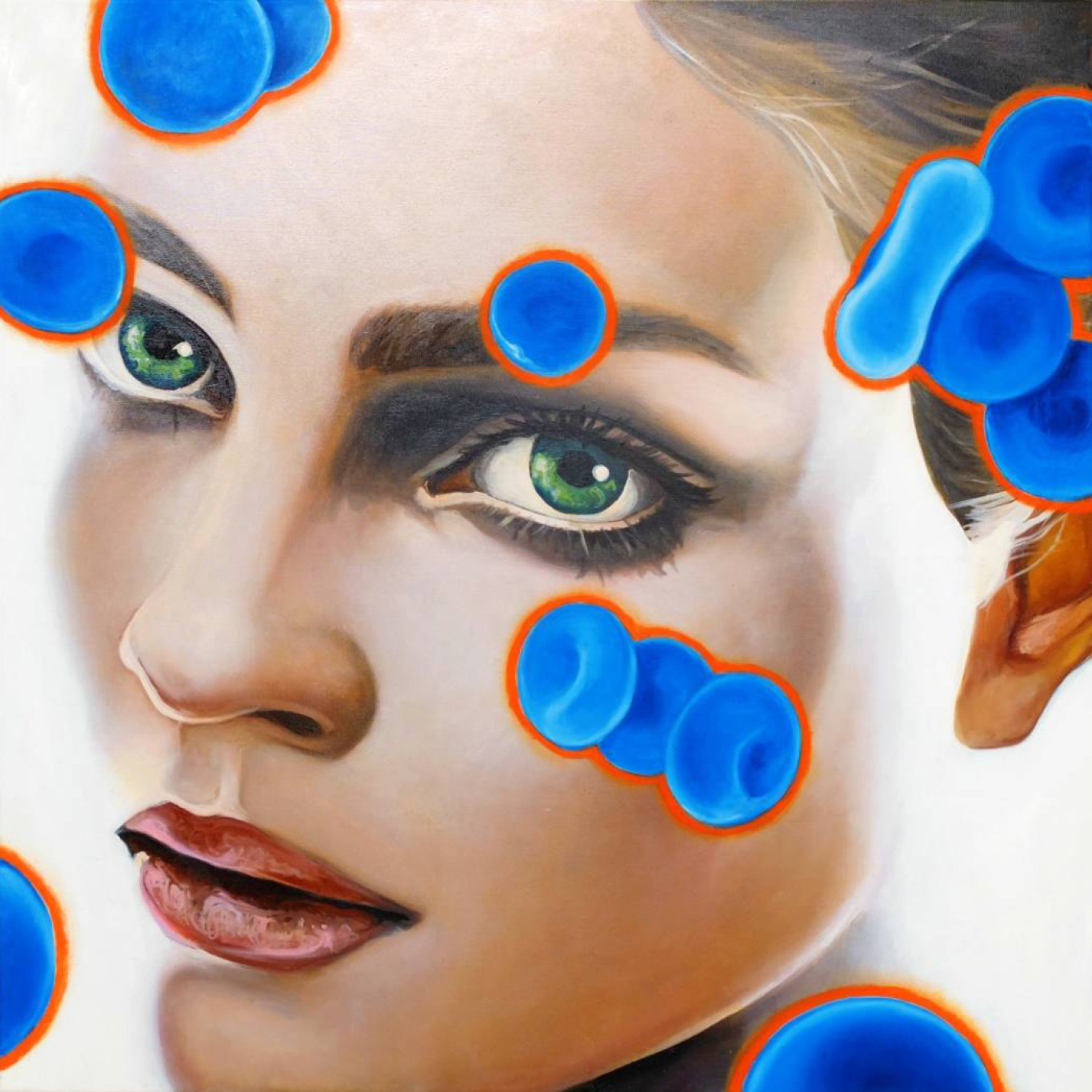 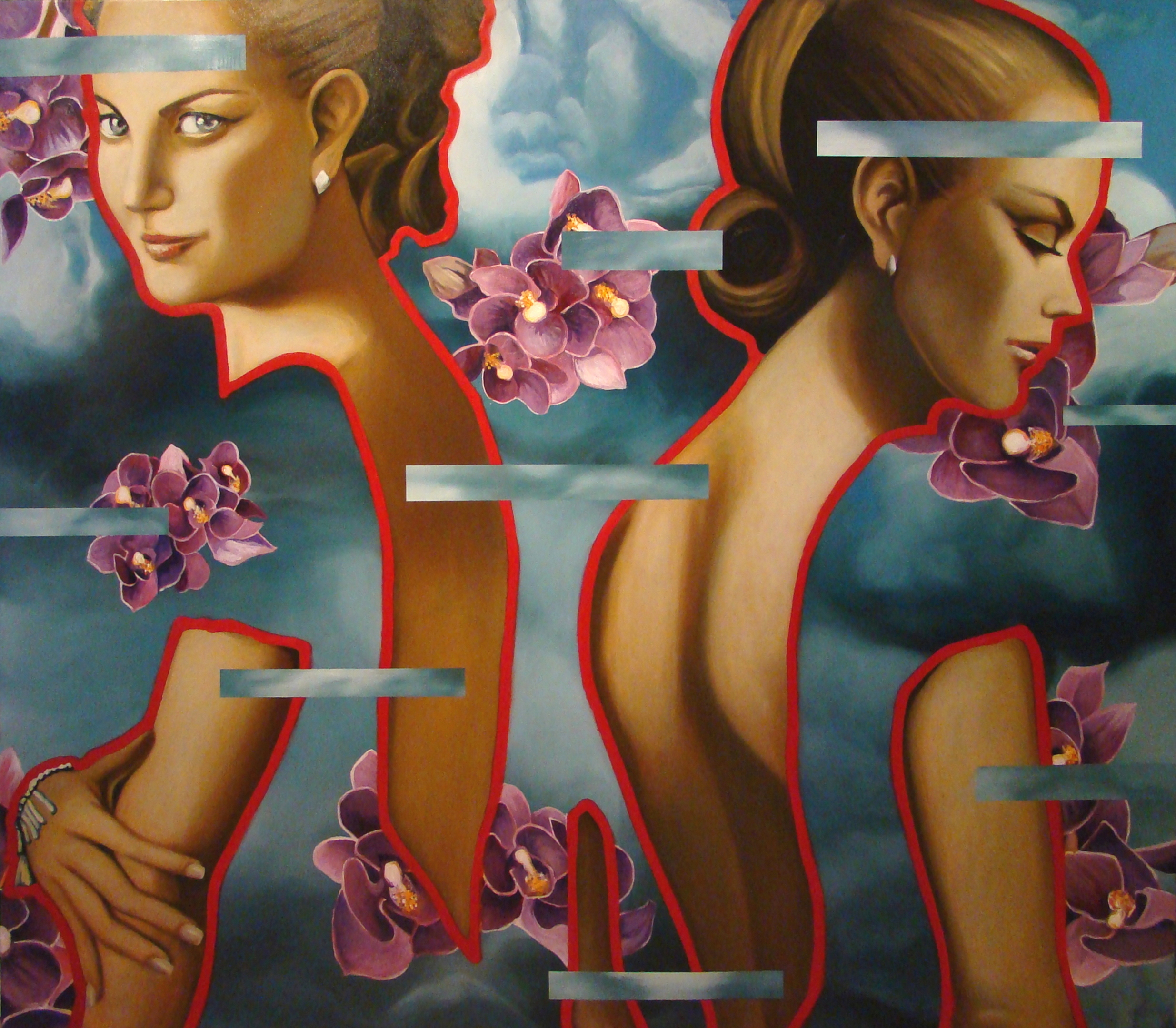 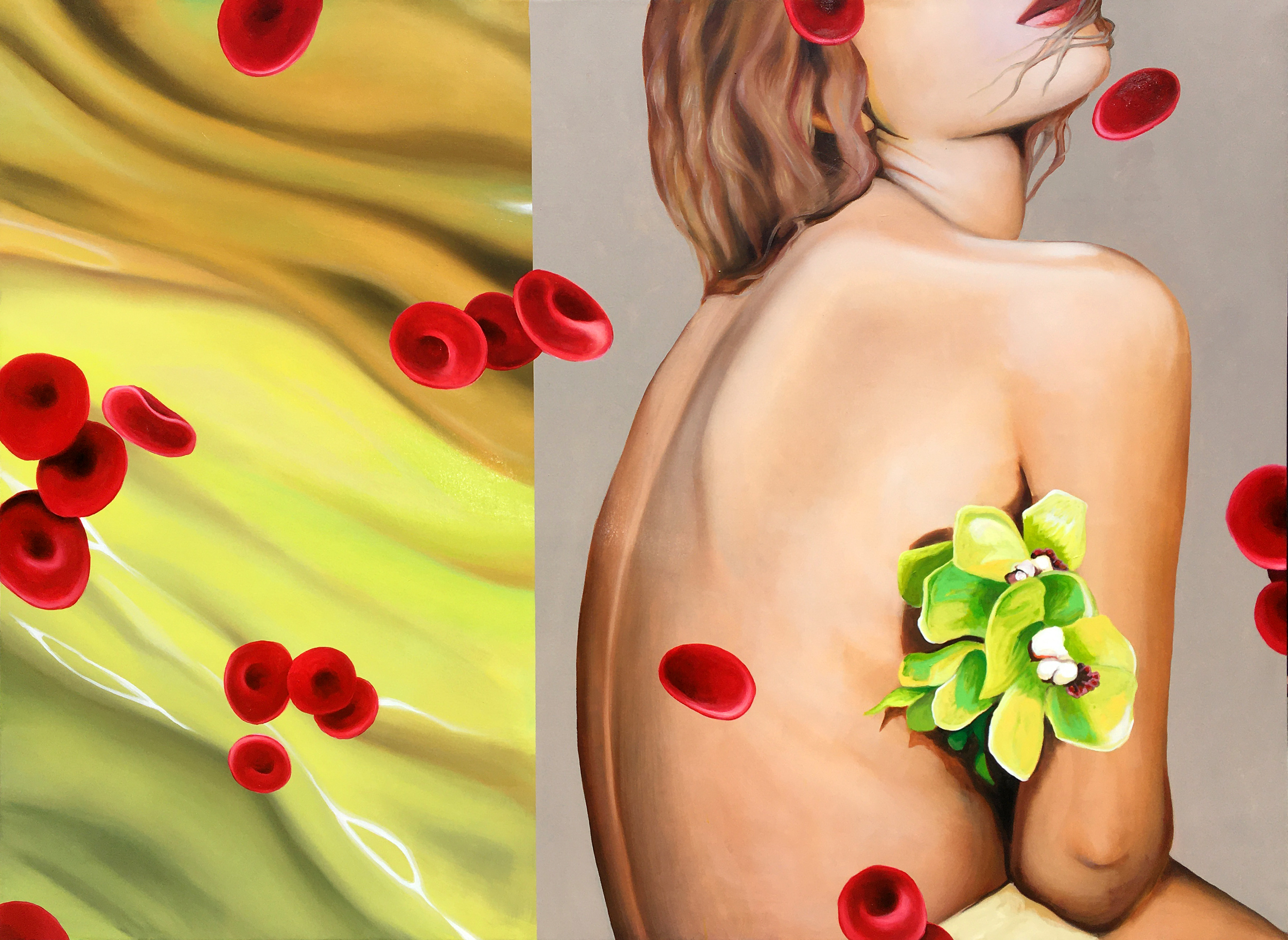 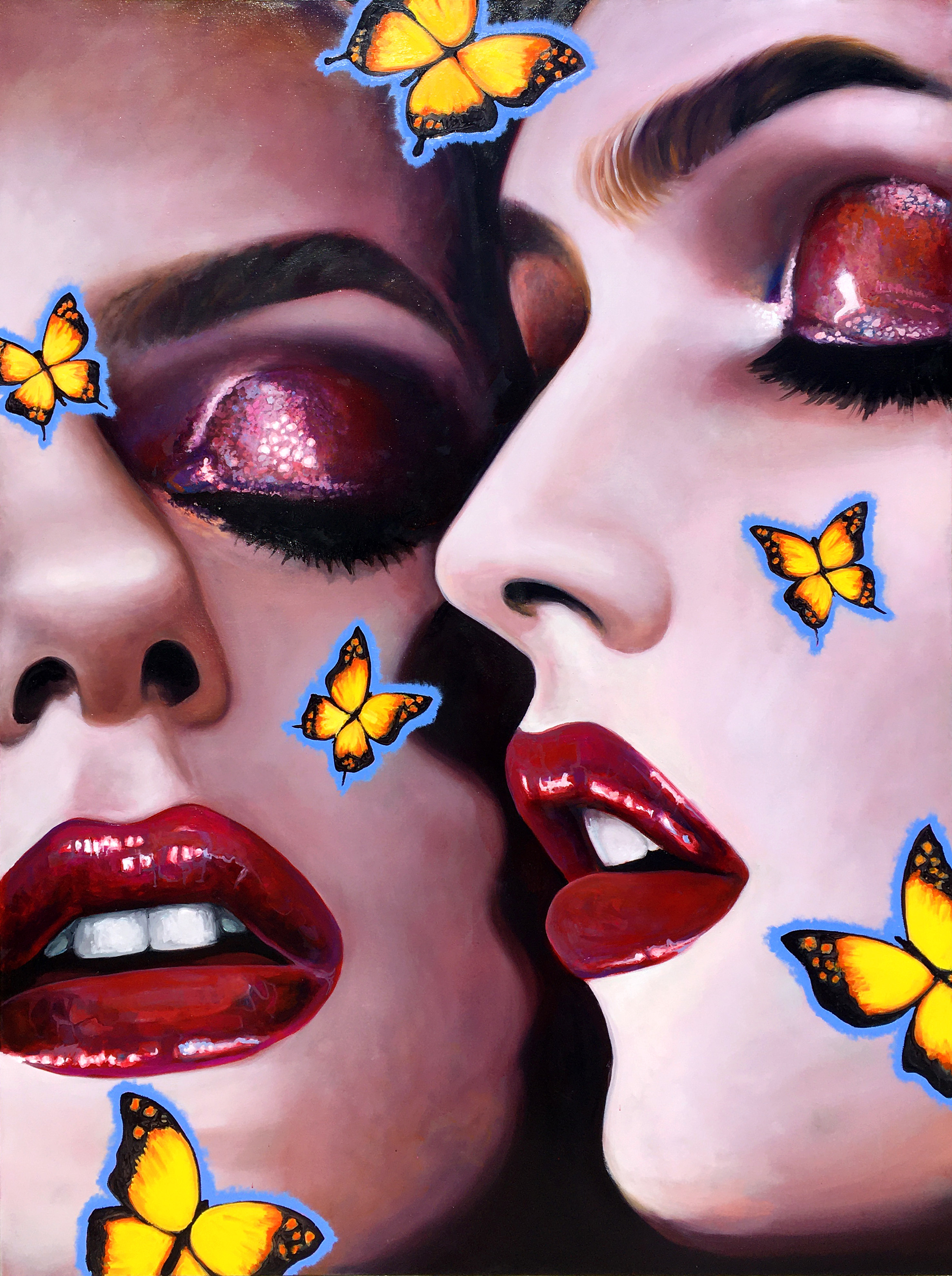 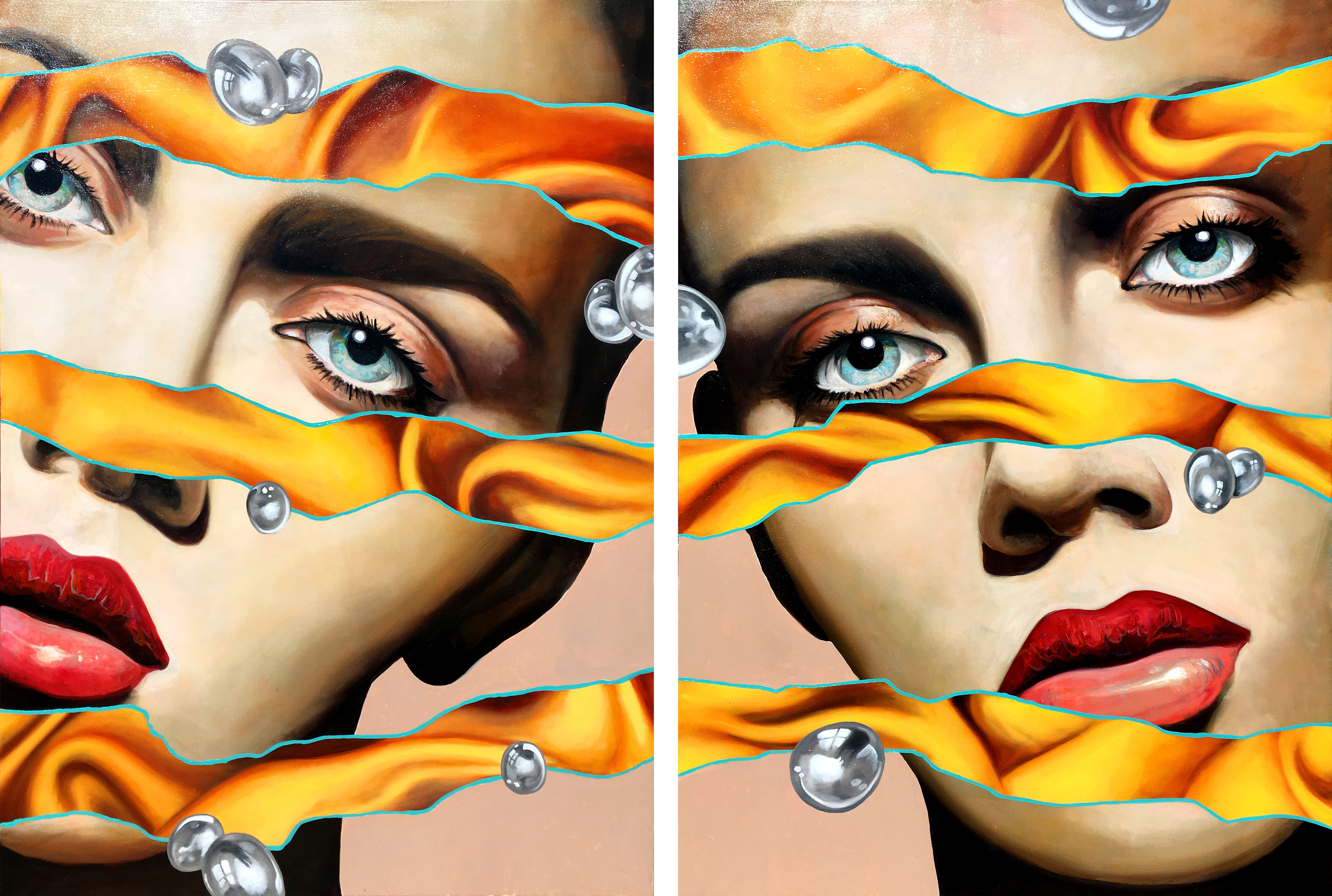 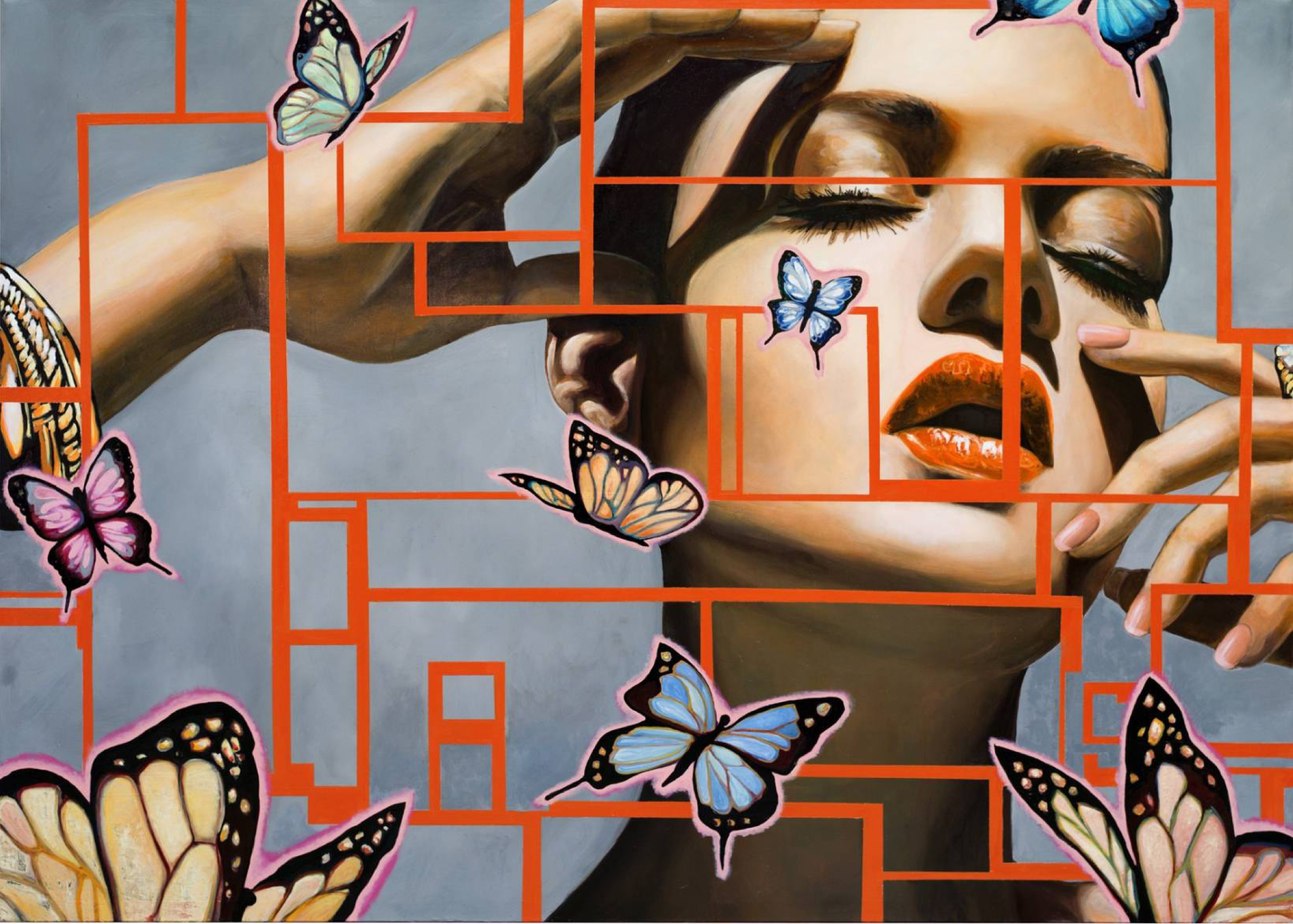 Please fill out this form and we will email you a list of works by Manzur Kagar that are immediately available. “You paint what you see” says Kargar about himself and refers to art history: “Van Gogh painted the sun flowers because they were all around him, Monet his garden, Picasso his women and so on. If I look out the window of my Berlin apartment I don’t see landscapes. I live in an urban environment, I am surrounded by billboards and advertising is everywhere. These images have become part of my life whether I like it or not - they are part of our culture. When I paint I don’t want to lecture or give an opinion whether this is good or bad. I simply want to show how it is. I like the aesthetics and the beauty of this imagery but I also see the seductiveness and the danger that lies within. My paintings are meant to reflect this ambivalence.”

Manzur Kargar, an up-and-coming artist from Berlin, Germany was born in Kabul, Afghanistan. He was moved to Germany at a very young age and was raised in West-Berlin. He studied Fine Art and Painting in Braunschweig at one of the most prestigious Universities for painting in Germany.

The paths of Christian Hohmann and Manzur Kargar crossed first in 2000 and Berlin (Germany) was boiling of excitement and anticipation. The new millennium and the fact that Berlin was once again the capital of Germany and still the largest construction place in all of Europe had magnetic powers for all creative people. Musicians, performing and visual artists alike were moving to Berlin. The gallery in Hamburg had been running successfully for a few years at the time and a new challenge was needed. That started the planning of the opening of a new gallery in Berlin, which happened in 2001. One of the many artist encounters was with Manzur Kargar. What made Manzur stand out was the fact that he was little impressed by the hype and the anxiety that was going around Berlin. Unlike most other he had lived in West-Berlin long before the wall came down and he knew Berlin in and out before the new wave of people came to the city to re-discover it. When most artists tried to compete over who would be the craziest, most disturbing and provocative, Manzur simply wanted to create good paintings and he did.

Unimpressed by any trends or new techniques he was working in his own personal style and success proved him right. Since then Manzur has re-invented himself and created a completely new style, influenced by the advertising world around us. In his early work he depicted Roman-Greco mythology and created very contemporary paintings based on the ancient cultures. His recent work is a strong departure from the historical content.

Bold, provocative and sexy is the new language of his passionate paintings. His inspiration is the media and advertising world around us. While his earlier work depicted the gods and goddesses of Antiquity, his new work depicts the icons of our Modern times.