The "Babies" on social media - please use #palmspringsbabies     See on Instagram    See on facebook
Michael Braun of Grit Development and Christian Hohmann of Hohmann Fine Art recently unveiled one of David Černý's largest and most famous installations in Palm Springs, the Černý "Babies", The Ten 11' sculptures traveled from Prague, via ship to the US, and are on loan from the artist to the City of Palm Springs for the next 2 years. In typical Černý style, these faceless "Babies" have initially been met with mixed reviews and had originally created a stir of conversation. Since then, they have become a beloved attraction and a destination for visitors and locals alike.
In recent years, downtown Palm Springs has been reshaped by Braun with his development in front of the Palm Springs Art Museum that includes the Kimpton Hotel “The Rowan”, and new urban retail structures including a Starbucks Reserve store and many national retail stores. Braun was intrigued by Černý’s work and funded the logistics of this ambitious project. The “Babies” are one of Černý’s best-known installations. First presented in 1994 at the Chicago Museum of Modern Art, followed by appearances in various other cities including London, they have been exhibited all over the world. There are two permanent installations in Černý’s home town Prague. Crawling up one of the city’s most prominent landmarks, the Žižkov TV Tower, Černý’s “Tower Babies” are without a doubt his most visible work. In 2000 – the year Prague was the Cultural Capital of Europe, Černý was asked to create a temporary project to honor the occasion, but due to the public’s appreciation of the babies, it was decided that they would remain. For a close encounter, three bronze babies are crawling in a corner next to Museum Kampa, the Museum of Contemporary Art in Prague.
The inspiration for the installation is deeply rooted in Černý’s concern for the dehumanization of society, a topic that is just as valid now as it was 30 years ago when he first conceived the idea of using the most precious thing to humankind, a baby, and replacing the face with a stamp of a bar code. Fascinating and disturbing at the same time, they have touched audiences around the globe.
“People will either love them or hate them. Černý is known to stir controversy and his installations are never mediocre. In any case, this will add an international touch to the downtown development and draw interest to the otherwise empty space” says Christian Hohmann who represents the artist and organized the project. Visitors are encouraged to share their pictures and comments on social media (#cernybabies).
The installation site of the “Babies” is the future site of a residential building that will be developed in 2022/23. In the meantime, Michael Braun was willing to use the site for an art project. After meeting David Černý, who was in California to finalize the contract for another landmark sculpture in Santa Monica, the idea started forming to do something spectacular. Černý, who loves Palm Springs, subsequently agreed to lend one of his largest-scale installations to date, “The Babies”. The ten alienlike fiberglass/steel sculptures traveled for several weeks by ship in two 40’ containers to Los Angeles and then by truck to Palm Springs, where they were moved into their final location by crane.
Hohmann Fine Art, the gallery that represents the artist, has created the website www.palmspringsbabies.com with more information about the installation and the upcoming unveiling and is sharing additional information on facebook and instagram as well.
LEARN MORE ABOUT DAVID CERNY

An interview with Christian Hohmann and Michael Braun of Grit Development, the developer who sponsored the loan of David Cerny's Babies for the location between the Kimpton Hotel "The Rowan" and the Palm Springs Art Museum The art installation that has Palm Springs talking. Conceived for the city of Praque during the year it was the cultural capital of Europe, Cerny designed 10 babies to be installed on the 300 feet tall TV tower in Prague.
The "Babies" by David Cerny have certainly received a lot of attention. We appreciate the positive feedback and we understand that some people do not understand the installation. We would like to address all serious questions and we are working on an educational video. We are also considering opening the installation site occasionally so visitors can get close to the installation to take pictures and we would love your thoughts on that as well. Please post any serious questions that you would like to see addressed in the video below. For more information on the installation and the artist, please visit www.palmspringsbabies.com When you post your own images on Instagram, please use #palmspringsbabies, #davidcerny, and/or #hohmann. You are welcome to tag us @hohmann.art
David Cerny is a world-renowned artist who promotes tolerance and free (and respectful) speech. We welcome an open discussion, but we reserve the right to delete any disrespectful or inappropriate comments. Thank you! 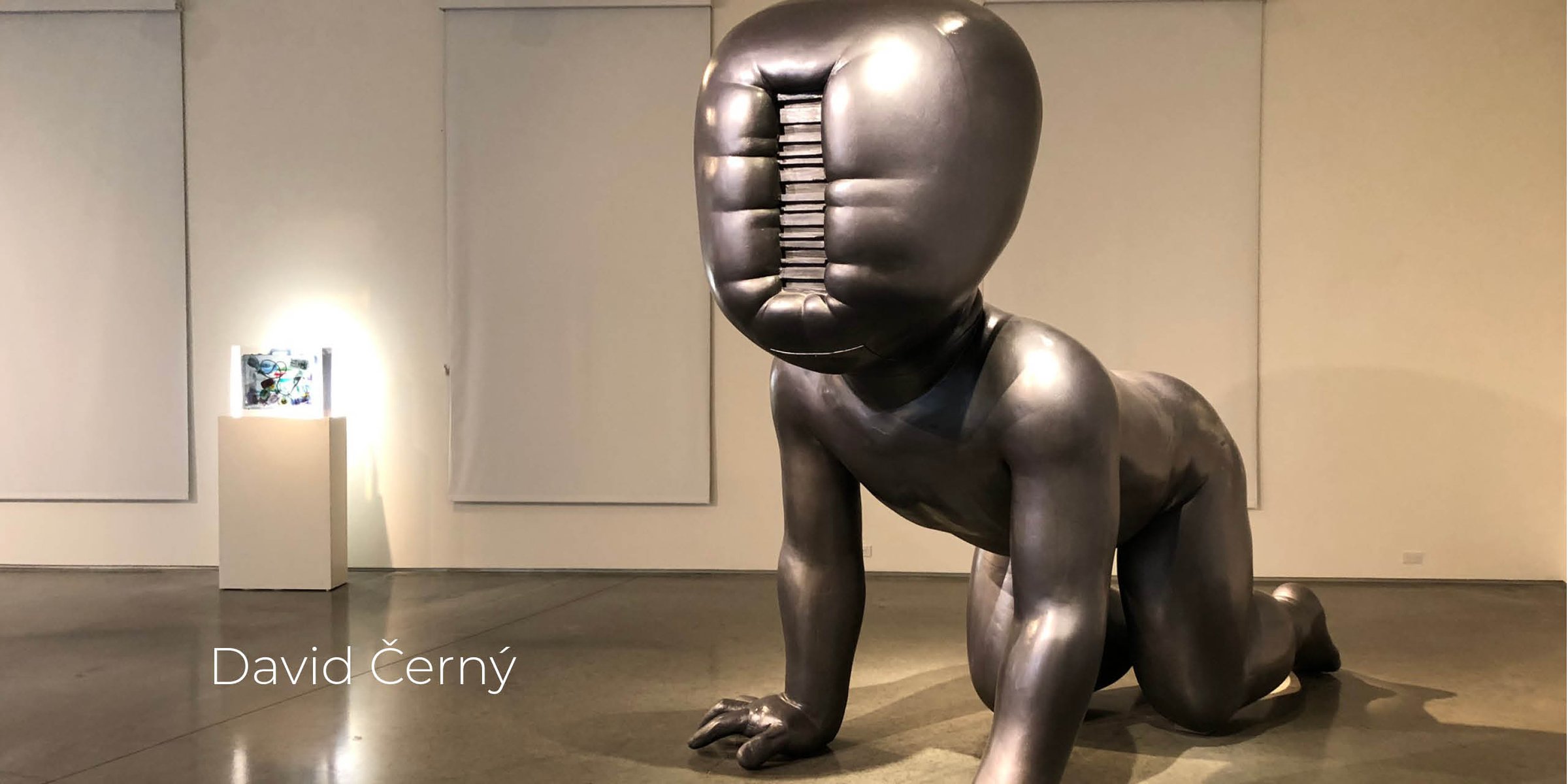 Sign up for our news to receive updates about new arrivals, opening receptions, art fairs, and other news about your favorite artists. We will keep you in the loop and whenever you're ready we're here and we look forward to working with you! David Cerny is scheduled to come to Palm Desert/Palm Springs for one night only this season during a large-scale installation in Los Angeles. Sign up for the newsletter to receive an invitation.

We will add you to our email list. We send out news about once a month and we never share your information with anyone. You can unsubscribe at any time (although it hurts a little when you do! :-)

It's the only word that remotely describes the Czech artist's body of work. At only 50 years old, he has created more landmark sculptures than we can count.